So what else is happening in the garden this month? Earlier in the week we talked about beans and spinach and chard. 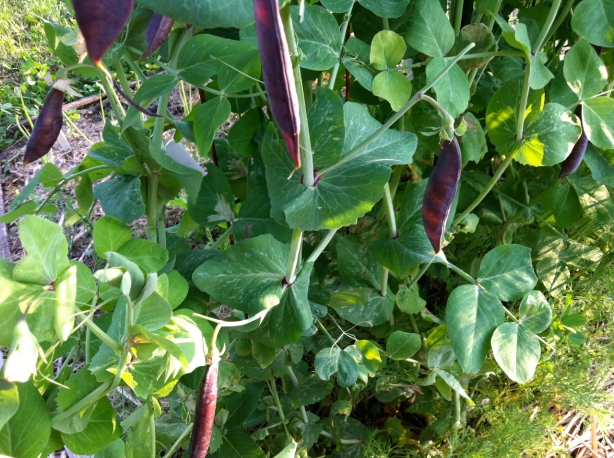 The real star of the garden this month are the Blue Podded soup peas. They have long since outgrown their trellis, and the vines are covered in beautiful deep purple pods. These peas are for drying, not for fresh eating, so as tempting as it is to pick them, I have to wait for the pods to dry out. I only wish the sugar snaps and shell peas were so prolific! 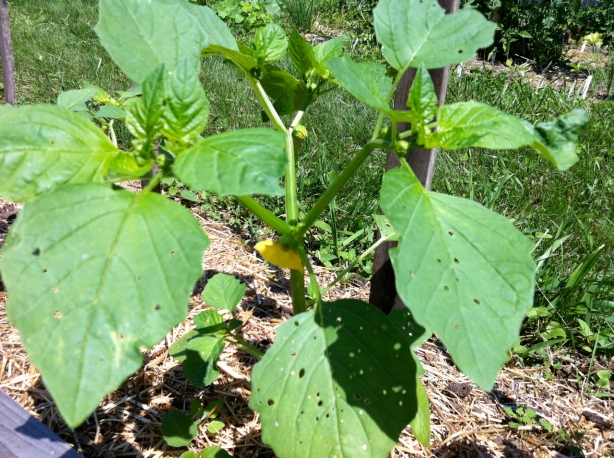 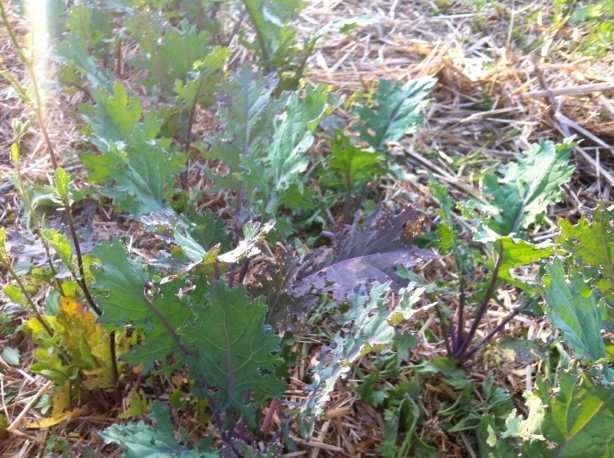 The greatest lesson from the garden this month has been the value of interplanting. I’ve read countless books and articles about the benefits of mixing up your beds and planting a variety of vegetables side by side, but there’s nothing like seeing the evidence right there in your own garden.  The kale in the photo above is planted in a big group, about a dozen plants in one bed, along with some arugula and some other brassicas– all favorites of the dreaded flea beetle. The kale has pretty much outgrown the flea beetle damage, but if you look closely at the photo above, I think you can see the tiny pinholes in the outer leaves. The poor things looked like swiss cheese for a while there.

Now take a look at this kale. In this bed I have two more kale plants and some lettuce and mustard greens nestled in between a row of peas and some onions. As far as I can tell not a single flea beetle has touched this kale. To me it just looks so much less stressed out! 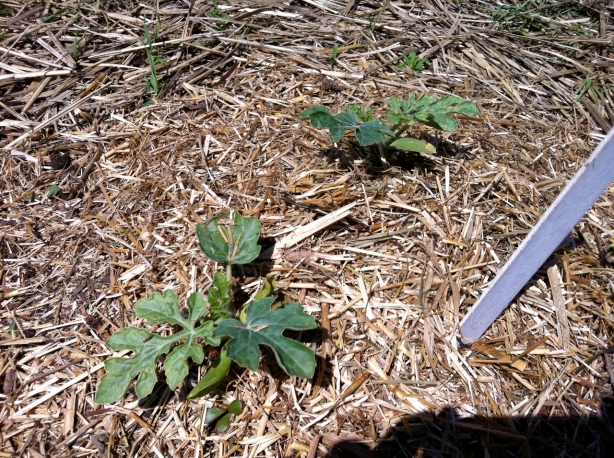 The new plot is planted mainly with members of the cucurbit family. It didn’t take the cucumber beetles long to find them. The Boule d’Or melons succumbed within a week. The watermelons and squash were really struggling for a while, but now I think they are going to make it. 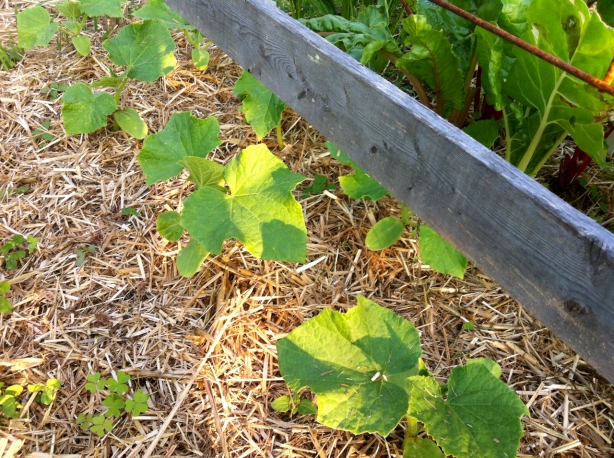 Now the cucumbers on the other hand are at the opposite end of the garden, hidden between the chard and the herb bed. The cucumber beetles haven’t found them yet, and the plants seem to be perfectly healthy.

So there you have it, an unintentional and thoroughly unscientific experiment in interplanting. It’s enough to convince me though. Mixing things up will make it just a little bit harder for pests to find the plants they’re looking for. If they do find what they want, they won’t necessarily find your entire crop if it’s scattered throughout the garden. What do you think? Do you plant your vegetables in mixed beds, or do you stick with homogenous rows?

5 thoughts on “June in the Garden (Part II)”